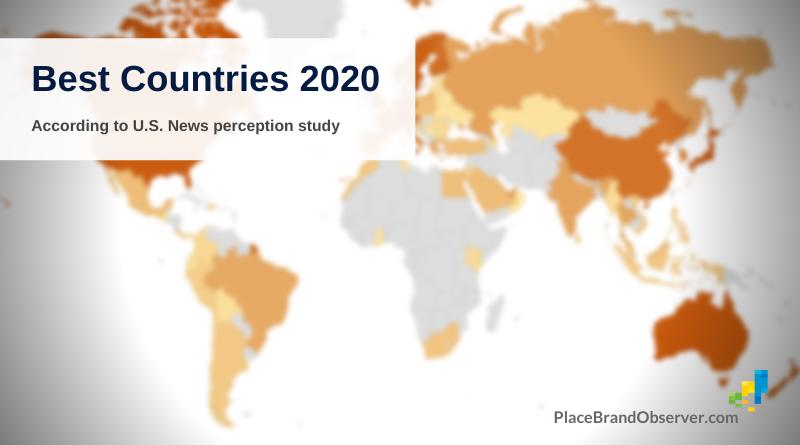 Country image and perceptions: which countries are reputation leaders? And which factors have had the strongest influence on country perceptions, according to this year’s ranking of Best Countries 2020? Which countries are seen as trustworthy, and how does this impact country positioning? Deidre McPhillips, Data Editor at U.S. News, answers those and other questions in the key insights below.

Deidre, which findings of the Best Countries 2020 report did you find the most intriguing?

Trends in the perceived trustworthiness of various nations were particularly interesting this year. The U.S. has seen its trustworthiness score cut in half since Trump became president – and since the first Best Countries report was released – in 2016, the sharpest drop of any country assessed in this year’s report. The U.S. scores just 16 points out of 100 in trustworthiness. The U.K. also saw a rather significant drop in terms of trustworthiness over the years.

Meanwhile, Canada is seen as the most trustworthy country and has held that top spot since the annual global survey was first released in 2016.

Canada ranks as the No. 2 country overall. Its strengths, like many of the top-performing countries, lie in progressive policies that promote social capital. Seven of the top 10 Best Countries overall also rank among the 10 best countries for gender equality, for example.

Which countries and regions have seen the strongest increase in the ranking since last year?

Global perceptions of a nation can be deeply ingrained in history and slow to change. Switzerland, for example, has held the top spot in the Best Countries rankings since it was first included in the analysis.

Notably, however, Australia moved up two spots to No. 5 overall, and China surpassed Singapore for the first time, landing at No. 15.

Which countries and regions have seen the strongest decline?

In addition to its decline in trustworthiness, the U.S. also lost points in perceptions that it cares about human rights, has gender equality and is safe. Germany overtook Japan in the Entrepreneurship subranking for the first time this year, and France dropped two spots to fall out of the top 10 overall positions.

What is the methodology behind the Best Countries ranking?

The Best Countries report and rankings are based on how global perceptions define countries in terms of a number of qualitative characteristics, impressions that have the potential to drive trade, travel and investment that directly affect a nation’s economy. More than 20.000 people around the world were surveyed to assess how closely they related countries to a set of 65 country attributes, or terms that can be used to describe a modern nation. These country attribute scores rolled into nine thematic subrankings – such as Quality of Life and Entrepreneurship – and one overall score. For the 2020 report, 73 nations were assessed.

For details on the methodology and results of the most recent study, visit usnews.com.

Curious about how different countries compare in terms of their sustainability, attractiveness, brand strength and reputation? Find out in our country observatory.