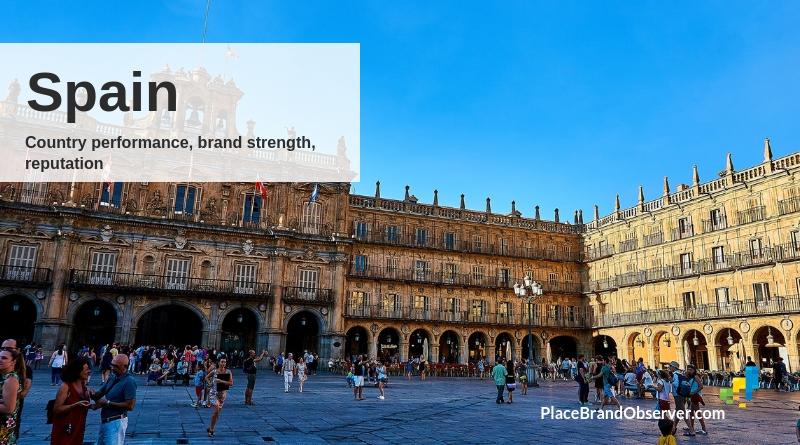 How well does Spain perform as nation brand? How attractive is it as place to do business and to live in? What about its environmental sustainability and soft power? More about Spain’s nation brand strength, image and reputation in this summary of international reports, studies and rankings.

Spain has been improving its economic performance since the last economic crisis that affected the country’s image, especially when it comes to its attractiveness for investors. The Global Competitiveness Index ranks Spain 34th. This is one position lower than the previous year but similar to its performance in earlier years:  it ranked 36th in both 2012 and 2013.

The Ease of Doing Business study places Spain in the 30th position. The country ranks high in some categories, such as resolving insolvency or trading across borders. However, it shows a poor performance in areas such as starting a business, getting credit or dealing with permits.

Is Spain a competitive country when it comes to talent?

The 2018 Global Talent Competitiveness Index ranks Spain 31st. Its better performances are in the areas of retaining (23rd) and growing talent (28th). The country has a lower performance in vocational and technical skills (45th). Its capital, Madrid, is ranked 22nd in the global talent ranking for cities.

According to Brand Finance, Spain ranks 16th in their Global Soft Power Index 2020. Spain’s performance is in part due to its strength in tourism with honorable mention for its friendliest culture in the world and one of the best cuisines. Globally renowned for their laid back lifestyle, the Spanish people are well-liked across the far reaches, greatly contributing to its soft power ranking.

The Elcano Global Presence Index ranks Spain 11th in the overall ranking and 9th in the “soft presence” category: Spain is a country that receives a considerable amount of immigrants; it is a popular destination for tourists and has a good performance with regard to international cooperation.

The Soft Power 30 index puts Spain 15th in its 2018 ranking, dropping one position since the last report and showing a constant drop throughout the last few years. Although the Elcano and Soft Power 30 rankings show differences in their assessment of Spain, both consider it among the top 15 nations worldwide in terms of global presence.

As the 2018 Digital Country Index shows, Spain is popular among online searchers, ranking 7th in the world for search volume, gaining two positions in comparison to 2015. As mentioned before, tourism is one of the biggest assets of Spain’s economy, and this ranking shows it by featuring Spain as 1st for digital searches (tourism represents 43% of the searches linked to the country). Other major areas are talent (7th) and prominence (8th).

Is Spain a “green” country?

The Environmental Performance Index ranks Spain 12th, which can be considered a strong position. The country ranks especially well in areas such as health (14th) and air quality (20th). The best performance is related to water quality, for which Spain is ranked as 1st, largely due to its comparatively good drinking water and sanitation.

However, the country ranks fairly low in other areas, such as forests (114th) and loss of tree cover. Spain also ranks low in the area of fisheries (117th), specifically fish stock and the Regional Marine Trophic Index.

As for the Travel & Tourism Competitiveness Index 2017 edition, Spain is ranked as 1st,  overall, but for its environmental sustainability performance only gets a low ranking of  31st – much lower compared to the EPI’s assessment of the country’s green credentials (12th), as mentioned above.

How well does Spain perform regarding health care and happiness?

The 2017 Better Life Index shows that Spain is ranked below average in areas such as income and wealth, civic engagement, environmental quality and education and skills. The country is ranked above average for work-life balance, housing, health status, social connections and personal security. The index also shows that there is a gap between the rich and the poor population of the country. On the other hand, Spain has one of the highest life expectancies of the world, according the Better Life Index.

Spain is ranked 36th in the World Happiness Report, which can be considered a low score compared to other nations of Europe. Spain has also dropped since the 2008-2010 period. This index is focused on migration and happiness.

Overall Spain is well positioned in the Happy Planet Index, ranking 15th out of 140 countries. The ranking is based on life expectancy (Spain ranks 6th), wellbeing (32nd), ecological footprint (91st) and inequality (22nd). The country ranks well in most of the pillars of the index, however, it ranks surprisingly low in the ecological footprint category.

The Good Country Index in its last edition ranked Spain 18th, highlighting its comparatively high contributions to global well-being in many areas, such as planet and climate (9th) and world order (15th). However, it ranks very low in international peace and security (71st) and science & technology (40th).

The Nation Brands Index considers Spain the 12th most valuable nation brand worldwide, same position as in the last report. Spain’s nation brand value, according to the index, increased by 12% since the previous study, last year.

Enjoyed our summary of global rankings and indices on Spain’s economic performance, its sustainability, attractiveness for digital nomads, brand strength and reputation? Thanks for sharing!