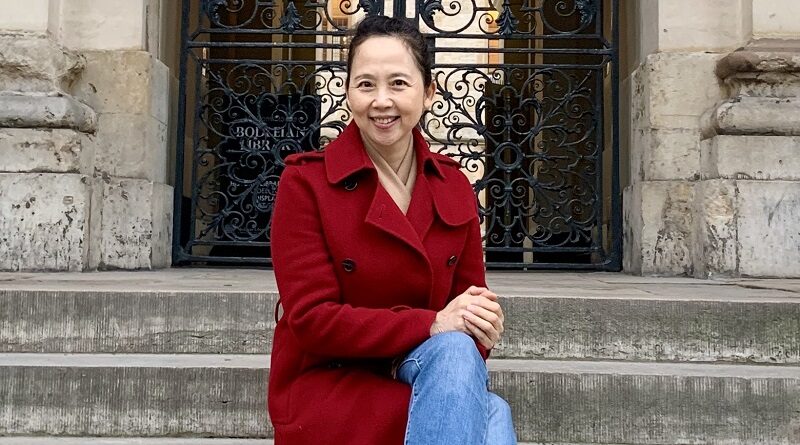 Hong Fan, professor at Tsinghua University in Beijing and Director of the National Image Research Center, in this interviews shares her insights into city branding in China and her observations as consultant, on what works and what doesn’t in place branding, in the Chinese context.

She also shares memories from her time at the Chinese Embassy in New Zealand and highlights the potential of public diplomacy to foster friendship and understanding between nations.

Hong is part of our expert panel, is a board member of the International Place Branding Association and was a speaker at the association’s recent conference in Volos, Greece.

Hong, do you remember when you first heard about the concept of place branding? What got you interested?

In 2007, when I was teaching EMBA students at Kean University in the USA, I first heard of the word “place branding” at a marketing seminar.

In 2008 the Wenchuan Earthquake took place and my hometown Chengdu was badly affected by the earthquake. Chengdu is the capital city of Sichuan Province, and is the economic and cultural centre in the southwest of China.

Has your view on the topic changed since – perhaps influenced by your research and consulting experience?

Yeah, greatly. I think I have been influenced by both my academic research and my place branding consulting experience.

The former (mainly reading the literature from overseas, in English, participating in international conferences, supervising my students with academic research, and so on) has broadened my horizon, turning me from a Chinese professor into a more globally-oriented scholar. Through learning from my colleagues worldwide, I have come to understand that place branding involves different stakeholders, and that there are many different approaches to it.

Ten years ago, very few leaders of Chinese places thought that the brand of their place could help to attract visitors, talents and investors. They did not believe in the power of branding at all.

With the rapid economic development of China, the competition between places, especially megacities, has become intense. More and more governments want to show the unique attractiveness of the places under their leadership. As a result, they started to invite academics and professionals to work for the cities and to help those develop strong brands.

My experience in working with government officials has also helped me to see from the inside how the Chinese government makes decisions in the branding process, and to understand what are the challenges they face and how to get along with them in order to finish the branding project smoothly and successfully.

At Tsinghua University you direct the National Image Research Center and the Institute of PR and Strategic Communication. Briefly, what is the purpose of those institutions? How do they contribute to the advancement of place branding research and practice in China?

The National Image Research Centre (NIRC) is a university-level research centre and a think tank. The centre was established in 2014, with the support of the professors of the School of Public Administration and Policy, the School of Economics and Management, the School of Liberal Arts and Social Science, the School of Journalism and Communication, the School of Architecture and Urban Planning, the Academy of Art and Design, and the Tsinghua Art Museum.

I am the founder and director of the centre, whose purpose is to create an interdisciplinary platform on the research of national image, covering topics such as nation image, place brand, corporate reputation, cultural identity, cultural heritage and the creative industry, all through a multi-dimensional approach.

Professors from different academic backgrounds are invited to work together on some important national research and consulting projects, such as The Branding Strategy of Tongzhou Subsidiary Administrative Centre of Beijing and The Design of 2019 World Horticultural Expo and Its Branding Communication Strategy.

After supervising the governments at different levels and the Chinese companies (mostly the state-owned companies) for six years, the centre is now regarded one of the most important think tanks in image-building, branding and reputation management in China.

The Institute of PR and Strategic Communication is a sub-divisional section under the School of Journalism and Communication, where I hold my full professorship and have been appointed as the director. It is a more teaching-based unit. The Institute offers a range of courses on Public Relations and Strategic Communication for MA and PhD students. It works closely with the China International Public Relations Association (CIPRA) on joint conferences, joint consulting projects for cities and companies, and evaluation of PR cases nationwide.

You also head the City Branding Studio at Tsinghua…

The City Branding Studio (CBS) is the first research and consulting institution in China of its kind, of which I am the founder and director. It was established with the support of the China Development and Reform Commission in 2007, with the aim to help Chinese cities to attract international investment. Now the studio is a sub-division under the National Image Research Centre.

Over the past twelve years, from the first consulting project of place branding until now, the studio has worked for dozens of cities and towns in China, helping develop their branding and communication strategy, including Beijing, Chengdu, and Guangzhou.

Which are the key characteristics of city branding, in a Chinese context?

Let me try to summarize the main characteristics of city branding in the Chinese context:

1) The government plays a key role in Chinese city branding, and the propaganda department (that is, the public communication department) is responsible for the job.

2) Many people still confuse city branding with city communication and promotion. They often attach great importance to getting media to cover what happens in the city, rather than examining the core value and major attractiveness of the place. As a result, the government is willing and eager to invite media people to report on the events happening in the city, and they want to get the job done (i.e. to be covered in the media) as quickly as possible.

3) Many people still think that branding is about attaching logos and slogans to cities.

4) The administrative leaders are the decision-makers in the process of branding, while the residents are not usually involved.

5) For tourist destinations, the core attractiveness is clear, but they are not developed fully to enrich tourists’ sensory experiences. Destinations in China often lack authenticity and creativeness.

6) The purpose for city branding is to satisfy the demand and preference of the top leaders of the city government, rather than to build a unique identity for the city, for its long-lasting competitiveness.

Which are the main challenges and obstacles?

The main challenges and obstacles for city branding in China, in my view, are lack of branding consistency, lack of a solid architecture for the chosen brand, lack of place branding expertise, and lack of orchestrated branding efforts across different sectors.

Prior to joining Tsinghua University, you served the Chinese Ambassador in New Zealand as private secretary. What do the Chinese think about NZ? How would you describe relations between the two countries right now?

During 1994-1997, I was working in New Zealand at the Chinese Embassy. I like this country very much for its natural beauty, unpolluted environment, friendly people, clean government, and so on. I love Kiwi-birds, Kiwifruits, the Maori culture, and the All Blacks; all good memories remain.

To many Chinese people, New Zealand is a dream destination for enjoying natural beauty and an easy lifestyle. Many Chinese even choose New Zealand to spend their Chinese New Year vacation. New Zealand and China are friendly countries and have enjoyed good diplomatic relations for decades.

How does public diplomacy “work”, from an embassy point of view – such as in the case of the Chinese representation in New Zealand?

Embassies, as a diplomatic units, are always a window to the country, and a bridge for mutual understanding and friendship.

Public diplomacy plays an increasingly important role in the representation of countries to the world.

All such activities, not political and diplomatic, in a less formal manner, have  helped to get the attention of the local population, contributing to a more positive image of China.

Having lived in the UK and Switzerland earlier in your career, later teaching in New Jersey (US) and at INSEAD in Paris (France): which differences do you observe in how communities in those countries approach place branding and public diplomacy?

It’s quite difficult for me to answer this question. To be honest, I didn’t have much opportunity to approach any activities organized by the city councils to get the residents involved, and my roles during those stages were quite different.

Maybe I can share some of my experience in the UK, as a student reading for my PhD at Oxford. Oxford University is a strong brand. As a student there, I think my daily behaviour – as regulated by the university – contributed a lot to a university with tradition and history. Everyday I needed to wear gown (black robe, as seen in the movies of Harry Potter) to the Formal Hall to have dinner, and I would listen to some student reading prayers in Latin before we sat down to start to eat. Latin was seen in many places in Oxford.

Being based in Beijing – how does the Chinese capital engage with city branding?

Beijing is a huge city in terms of size and population. To my knowledge, it does not engage with city branding. Instead, the city does a lot of promotional events, media and social media communication for the 2022 Beijing Winter Olympics.

During 2015 – 2016, Tsinghua City Branding Studio was invited by the communication department of Beijing Municipal Government to conduct research on the branding strategy. We found it was difficult for the following three reasons:

In my opinion, it is possible to orchestrate strategic city branding communication, but it needs great effort and more time.

Which research topics linked to place branding should we pay more attention to?

Place branding needs an interdisciplinary approach. From place brand positioning, place marketing, to placemaking, place management, and to place communication – knowledge and experience in different fields should be incorporated according to the actual branding context.

Enjoyed our interview with Hong Fan on China, its national image and city branding practices? Thanks for sharing!