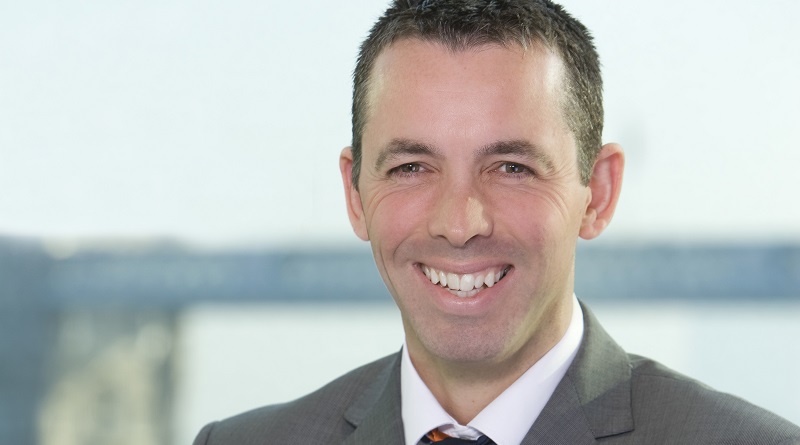 Gordon Innes of Bloomberg Associates in this interview shares his thoughts on city branding, placemaking and economic development in the USA and the UK. He also tells us how the city of London combined its three destination marketing, economic development and talent attraction agencies in one organisation, London & Partners, and how strategic place branding can help tackle challenges such as overtourism.

Our interview with Gordon Innes is part of a special series of interviews with professionals speaking at the City Nation Place Americas conference in New York City, 15 June 2017.

Gordon, you’ll be speaking at the inaugural City Nation Place Americas conference in New York City this June. In your view, what can US place professionals learn from the UK, and vice versa, regarding place branding?

My current and previous roles were working for cities. Unlike the real estate industry, which understands the importance of place making and branding for successful regeneration and development projects, many city governments do not understand its importance for achieving a city’s goals. Mayors want their cities to have great reputations, but they often don’t prioritize, garner resources or professionalize this objective. This is true on both sides of the pond.

As a result, many cities focus too much on a logo and visual identity, and not nearly enough on a viable, long-term vision for the development of the city – which they can communicate clearly and effectively to their many different constituencies.

What was the biggest obstacle in merging the separate bodies responsible for the attraction of visitors, investors and students under the London & Partners umbrella?

The disparate organizational cultures were the largest obstacle when merging the three bodies. Civil service, commercial and academic cultures are very different. It was important to recognize and value each function, encourage collaborations, share ideas and best practices, professionalize and commercialize activities, attract talent and give people the authority and space to innovate and succeed. The timing was critical, as we did all of this in preparation to showcase London to the world during the 2012 Olympic and Paralympic Games!

Would you recommend such an integrated place management approach to other cities?

Yes. There are massive opportunities for cities to capture internationally-mobile investment and spend. By 2025, 7,000 businesses with more than $1bn revenue will look for a headquarters location. By 2036, the number of international tourists world-wide will double.

To win a share of this growth, a city must speak with one cohesive voice, making itself relevant and interesting.

There are also large synergies to be gained between different promotional audiences. For example: A business traveller will extend his visit and bring his or her partner. A student will invite his family to visit for a graduation ceremony. An investor will be attracted by the city’s start-up and academic talent. A local, small business will want to access an investor’s international supply chain. And an exhibition will enable local small businesses to showcase their products and attract prospective future investors to the city.

Do you think that place development companies are best placed if they are private, public or a hybrid?

A PPP delivers both the city’s and partners’ goals, combining for-profit and non-profit activities, and most importantly can expand the city’s resources and reach. It also has other benefits, such as: improving focus, spurring innovation, introducing private sector disciplines and tools, reduce the call on a stretched city budget and demonstrating the value of initiatives.

What do you understand as the “brand” of places, and what is place branding all about? What role does place making play, e.g. in a city context?

City (or country) branding is about making the city attractive and relevant to the target audiences which it is trying to influence. I personally don’t use the term “brand”, which can mean different things to different people. Instead, I tend to talk about a city’s reputation.

A city’s reputation matters, because it opens doors, creates trust and respect and raises the expectation of quality and integrity. As a result, residents of cities with a positive reputation find that everything they want to do on the national and international stage is easier.

Effective place making can contribute to a city’s reputation – keeping the city at the forefront of the world’s attention and proving, or reinforcing the city’s right to the reputation that it desires.

London, for example, used the Olympic and Paralympic games and associated infrastructure and regeneration projects to reinforce its reputation as a global, diverse, creative city that is continually investing, growing and reinventing itself.

What do you see as the key trends that will affect the economic development of cities going forward?

Many societies around the world are seeing an increase in economic inequality. And this is also true of cities.

During challenging times, a city’s reputation and branding is unlikely to be front-of-mind for many mayors. Fortunately, most cities’ reputations are very robust. (Most people only spend a few moments each year thinking about other cities, so it’s not surprising that their perceptions remain largely unchanged for years on end.)

Nonetheless, it is important for city governments to understand their city’s reputation in the countries and sectors where it matters most, and to implement their economic, social, cultural and education policies in ways which allow them to tell their city’s positive stories to target audiences.

How do you measure the ROI and impact that place branding activities have on tourism, and the overall city economy? Do qualitative measures get taken seriously?

It is difficult for city governments to monitor and evaluate the impact of their promotional efforts. Cities are complex and cannot be treated like a commercial brand, and city agencies only have a limited control over outcomes.

Many cities do not measure outcomes, merely outputs. They cannot attribute the outcomes to their initiatives and therefore they cannot measure their contribution to the outcomes, over and above what would have happened anyway. As a result, they can find it more difficult to attract public and private investment.

It is, therefore, critical for DMOs to introduce robust evaluation methodologies – typically, survey-based – which represent best practice and enable the agency to demonstrate the value for money and additionality of its initiatives. This was something that London & Partners did early on, and the company published its methodologies for all to see [Link].

New York and London seem the golden standard in place branding, but do you look to other cities for inspiration?

Many cities are doing creative things to build their reputations. Smaller cities are, also, often more agile and can achieve quicker speed to market than their larger competitors.

For example, Amsterdam (iamsterdam), Mexico City (CDMX) and Tel Aviv (nonstop city) have all built strong, brands which tell their stories. In the USA, Austin and Nashville are positioning themselves as genuine, cosmopolitan cities and are experiencing significant growth. While, in the southern hemisphere, Brisbane and Medellin are both making great strides forward on the world stage.

Equally, before the Olympics, London learned many lessons from former Olympic hosts Sydney, Vancouver and Beijing.

Overtourism and overcrowding are now major concerns for popular destinations, such as Barcelona and Amsterdam. Do you think strategic place branding could help to solve this problem? Which measures would you recommend?

“Overtourism” is becoming a problem in several cities. Their DMOs are increasingly encouraging visitors – particularly repeat visitors – to travel outside the tourist center with new hotel development, new product, festivals and events and mobile geolocation technologies.

Cities like New York and London have also successfully rebranded boroughs which were not traditional tourism destinations (Williamsburg and Shoreditch) through support for local creative and tech start-up ecosystems. In each case, they have become popular destinations for younger visitors.

Five tips for city brand managers eager to ‘do it right’?

Do you think London is well placed to manage any potential decline in interest after Brexit?

London has many attributes which make it the world’s capital – and not just a large European city – and I cannot see Brexit affecting this. Of course, Brexit will have both negative and positive impacts on the city, but London has a very long track record of reinventing itself.

British Prime Minister Churchill had a saying: “never let a good crisis to waste” (although I wouldn’t necessarily call Brexit a crisis). Nonetheless, in my current role, advising cities on behalf of the philanthropic municipal consultancy, Bloomberg Associates,  I see cities like Athens and Detroit taking this message to heart and being reborn as vibrant and attractive destinations.

Connect with Gordon Innes on LinkedIn or learn more about the work of Bloomberg Associates here.