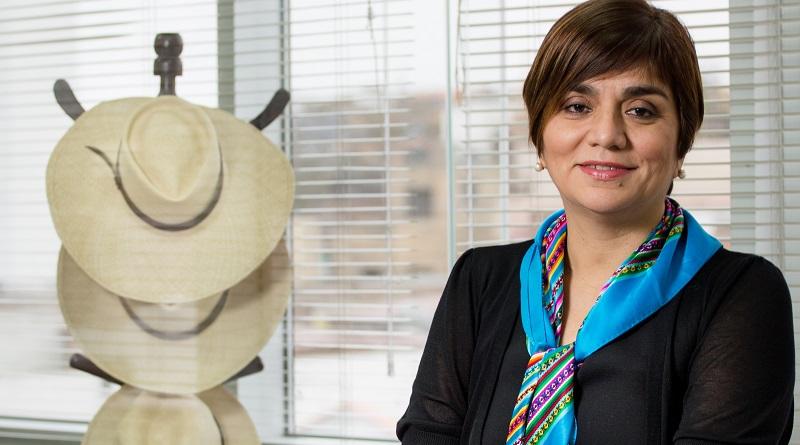 The country branding strategy of Peru is widely regarded as one of the most successful in Latin America. In this interview, Mara Seminario – the “mother of country Brand Peru” – reflects on the process of putting Peru on the world map as a tourist destination. Learn how Lima became the region’s culinary capital and a popular destination for city breaks, and how focusing on “experience marketing” has benefited Brand Peru.

Mara, do you remember what first attracted your interest in country branding in relation to tourism?

The first time that I received the Country Brand Index, prepared by Future Brand in 2006, I became interested first and foremost because of the mentioning of Peru in one of the categories. It was at that moment that I fully understood that a country brand is a tremendous tool to communicate the attributes of any country. It helps us to position the brand of Peru in the minds of both current and potential visitors.

During your term as Director of PromPerú (2006-2010) and Vice Minister of Tourism (2010-2011), the tourism offer in Peru increased significantly. Which strategies did you implement? How did this growth in tourism activities influence “Brand Peru”?

The strategy for the promotion of tourism which we implemented at the Ministry was the result of a very detailed analysis and planning, initiated in 2007. We started executing it in 2008 onwards. This effort was launched together with the slogan: “Peru: Live the Legend”.

This slogan was the result of a strict analysis of the demand, focusing on 1) the tendencies worldwide at the time, and 2) the factors that influenced the decisions made by the international travelers whose destination was Perú.

Similarly, we carried out a very detailed analysis of the existing touristic resources of our country. By keeping the focus on our internal capacities, we could define an authentic touristic offer.

Upon contrasting the results of the analysis of the demand with our internal capacities, we were able to develop a strategy. We were ready to present ourselves to the world with a modern and competitive proposal, in accordance with visitor expectations and the key trends in world tourism at that time.

I should point out that we did not want to come out with a simple publicity campaign. Rather, the aim was to develop and present a global strategy that put to work all the available tools for the promotion of tourism.

During the same period, Lima turned from a city without tourists to being considered the best gastronomic city destination in Latin America. How was this achieved? What is the secret?

Indeed, Lima had always been considered as a city to pass through on the way to the South Circuit (Cusco-Machu Picchu).

The rationale for this city branding decision was to lure tourists from the South American region to Lima, taking advantage of long weekends in neighboring countries, and the popularity of city breaks – on average between seven to eight trips yearly.

We suggested that Lima had to become a “city break” destination, requiring only a short trip from neighboring countries.

Lima fit perfectly with this idea. In addition, the airlines Lan and Taca had just announced a plan to increase frequencies between Lima and major cities in South America. It was determined that the attracting anchor would be our gastronomy.

A previous analysis indicated that there was a deep disregard for Lima as a destination, its characteristics and possibilities, and also that a mere 2.5% of the historical budget of PromPerú had been invested in the South American region.

We designed a two-way-campaign: communication directed to the final consumer through advertising, and training of tour operators and travel agencies. We wanted them to show not only the gastronomy but also the innumerable tourist aspects of the capital of Peru: including its museums, historical center, modern areas, as well as its archaeological sites, and the adventure sports that can be practiced in and around Lima. We trained 1700 travel agents and invested 15% of the budget assigned to PromPeru in Latin America.

Santiago de Chile was the scene we chose for the launch of Lima as a gastronomic destination: on Sunday, 5 December 2006, the first advertisement of the campaign “Peru, nice taste”, appeared in the newspaper El Mercurio, with the following phrase to seduce the Public: “Visit Peru and enjoy the flavor you were waiting for”. This  activity was replicated for 3 years onwards in capitals and main cities in South America.

The proposal of Lima as a gastronomic destination took a major step forward in 2008, when the Peruvian Gastronomy Society (Apega) and PromPerú organized, at the premises of the San Martín Barracks, the International Gastronomic Fair of Lima, “Peru, Mucho Gusto”, which became world-renowned “MISTURA” the following year.

In addition, Lima had a significant media presence around the world with the successful development of two major multilateral events, the Summit of Heads of State and Government of Latin America, the Caribbean and the European Union (LAC-EU) in May, and the Forum of Asia Pacific Economic Cooperation (APEC) in November 2008.

Mario Vargas Llosa, our Nobel Prize winner, once referred to Lima as “a paradise of sensations, a diverse and huge city that shows all cultures, the pre-Hispanic world, the 300 years of colonization, and the modern Lima.” This is how we presented the city to the world.

In 2012 you published the book “País Multidestino” (Multi-destination Country) in relation to tourism in Peru, where you emphasize the need for “experience marketing” (marketing de experiencias). What does this look like in practice, and why is it important?

While planning the strategy called “Live the Legend”, we set about from a very important premise, which is the evolution of tourists, and we identified the fundamental characteristic of the new tourists: “The search for unique experiences”.

We understood that we had to change our touristic offer not into an offer of “Places”, but into the offering of the unique experiences you would live while visiting Peru.

The analysis of this proposal and the way we delivered it to the tourism suppliers was, to our satisfaction, written in a document named “Vive La Leyenda: Construyendo Experiencias”, which you can access here.

In this document we detail how we presented and worked the “Offer of Experiences in Peru”.

If you had the chance to do it all over again, would you use the same funding initiative?

Of course I would! The creation of the Fund for the Promotion of Tourism was a very important step, and it was the starting point for the initiation of a very aggressive touristic campaign in Peru. Since its creation, it has accumulated over US $200 Million.

This model of a fund for the promotion of tourism was imitated by several countries in the region.

Securing adequate funding for Place Branding initiatives is one of the main challenges for destination managers and marketers around the world. In 2003, PromPerú established a development fund that drew a tax of $15 per person from every international airline bringing in visitors. The money raised was used to promote Peru abroad and to generate more tourism.

Which trends and challenges do you observe with regard to country and destination branding, for instance in Peru, or Latin America more generally?

What we see nowadays is a great interest of destinations in defining their personality, so as to be able to communicate it. The main challenge is how we align these destination brands with the trends of modernity that currently govern the world, and which are characterized by a super connected traveler.

Today more than ever “the promise of performance being conveyed by a city or a country brand” has to be as truthful as it can be, matching it to the experience being lived.

Sustainability is becoming a key concern for the reputation and competitiveness of destinations. How can place branding support the sustainable development of destinations? Where’s the link?

The social, environmental, and economic sustainability must be a fundamental basis for the planning and development of touristic destinations.

Furthermore, the tourist of the XXI century regards this aspect as fundamental in evaluating what destination to choose.

On the other hand, the people responsible for the administration of the destinations should understand that being sustainable has to be inherent to the best practices implemented. Not only by the suppliers but also by the population in general.

How to measure the success or effectiveness of place branding programs?

As always, the measurement of success and/or effectiveness has a high qualitative and quantitative component.

Often, those responsible for place branding are satisfied with recognition and awards linked to strategy or marketing. This is certainly important, but you also need to be able to answer questions such as:

In other words, can we quantify the impact of the brand?

I think that the measurement of place branding success and the effectiveness of a place brand should be about real, measurable impact.

Connect with Mara Seminario on LinkedIn or learn more about the work of PromPeru here.

Enjoyed our interview with Mara Seminario on country branding, destination marketing and Brand Peru? Share and spread the word!