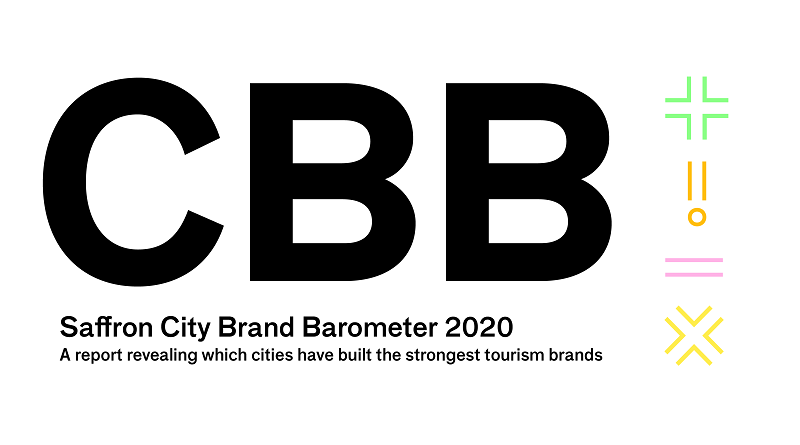 Saffron’s City Brand Barometer 2020 (CBB20) was just published: a city ranking which explores which cities around the world have built the strongest brands to attract leisure and business tourists.

The COVID-19 lockdown has meant the competition for tourists will grow even more fierce in the coming months and years. In order to compete effectively, cities have little choice but to build, manage and measure their brands, much like commercial companies would. We caught up with Ben Knapp, Saffron Consultants’ chief growth officer based in Vienna (Austria), to find out about which cities are the winners and which the brand reputation laggards in this new environment.

Ben, which findings of the ranking 2020 did you find the most intriguing?

For me, the following findings of the Saffron City Brand Barometer are the most intriguing this year:

Which cities have seen the strongest increase in the ranking since last year?

A powerful takeaway this year was Tokyo’s world class performance, outranking tourism heavy weight cities like New York and Dubai for our #3 spot. This impressive ranking can be partly attributed to the eager anticipation of the 2021 Games, especially as Tokyo ranks 1st amongst our survey respondents for the city they’re most interested in visiting, out of the full list of 109 cities.

We also noted that Tokyo has benefited from the perfect storm of economic factors that have made visiting the city much more affordable for international visitors, namely lower cost flights and the weaker value of the Yen since 2012.

Lastly, Tokyo is a great example of how great things can happen if government goals align with the promotion of tourism. Heavy government expenditure on infrastructure and tourism marketing, the building of new hotels and efficient public transportation have all contributed to Tokyo’s asset score.

At number 43 and 42, Athens and Seville fall into the “underperformers” category. Both cities enjoy rich cultural heritage and world class touristic assets. However, both fall short in terms of city reputation or buzz, neither are top of mind destinations, and among survey respondents neither are high on the list of cities they are interested in visiting.

In order to resonate better with international tourists, Athens and Seville need to find and maintain their essence, whilst engaging with tourists in a more contemporary way. A branding exercise to position these cities in the modern world of tourism would be beneficial in capitalising on their evident potential.

How does the City Brand Barometer work?

In order to provide a consistent analysis, we selected the 109 cities with the strongest and fastest growing tourism sectors, as indicated by local tourism revenue as a contribution to overall GDP. This is why some major cities, such as Milan, Amsterdam, Zurich, Rome and Washington are not included on the list, as they have other major revenue drivers which account for more of their overall economic growth. We then balanced the list to account for emerging tourism destinations and to ensure an even geographical representation across all continents.

To assess each tourism city brand, we looked at two important variables – assets and reputation/buzz to create the final ranking:

What role does place branding play in the context of COVID-19?

In the midst of the COVID pandemic, the tourism sector has been one of the hardest hit. Competition in attracting tourists, both domestic and international has never been fiercer and a strong brand is fundamental in allowing a city to compete effectively.

Whilst in the good times it may be possible to rely on natural assets such as cultural sites, amazing art or national parks, when things get tough, the cities that have invested in their brand are the ones that are able to continue attracting visitors and to support their tourism industry.

Of course, a brand is not a miracle worker. It’s not going to overcome Covid-19 impacts by itself, but it can act as a tool to help cities adapt to tourism in the new normal.

More city reputation and performance insights in our City Observatory.