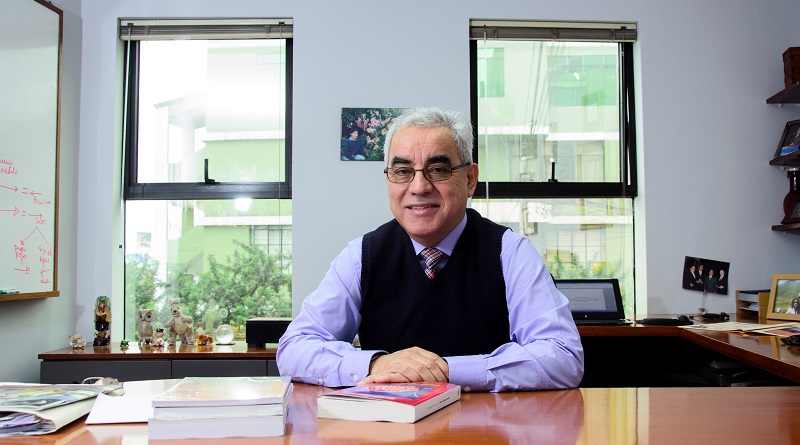 When brainstorming about whom to meet and interview for our special report on Peru’s country branding, its national identity and economic development, Dr Rolando Arellano was among the names that came up right away. A leading expert in marketing for developing countries, he has published 21 books and more than 400 articles in academic and professional magazines. And thanks to the research conducted by his firm, ARELLANO, Consulting to grow, he knows exactly what occupies, excites and drives Peruvians. I met Dr Arellano in his office in Lima.

Rolando, having researched and advised on marketing strategies around the world – do you remember when you first heard about the idea of perceiving of countries as brands – and your first thoughts?

I began to hear about this subject in the seventies, when the rise of the Japanese industry put in jeopardy the American production. At that moment began the studies about the importance of the “Made in…” that became very common after some years, with the acceleration of globalization.

I also remember being very impressed with the efforts made by Spain for the Barcelona 1992 Olympics. From this time, the logo by the artist Joan Miró became the new symbol of the country. Later, almost every other country made efforts into the same direction.

How has the practice of country branding evolved over the years?

In the beginning country branding was only focused on exports, with the “made in..” as a proof of quality. Then began to rise the importance of the country brand for attracting tourism, mostly in countries that have a strong tourism industry (France, Spain, Italy…).

Later we saw the same for attracting investors, and in that case the wave came from developing countries in South East Asia and Latin America (Brazil, Argentina, Mexico).

Today, the main idea is that a country’s brand and image serves all of those purposes.

Brand Peru is widely regarded a country and nation branding success story. To your mind, which are the key reasons for its success – within the country and abroad?

It is a success story which we expect to continue.

Within the country, it has been very successful because it materialized the sentiment of pride that Peruvians now have, after a long period of crises (terrorism, hyperinflation etc.) and thanks to the country’s thriving economy, growing faster than any other in Latin America. Peruvian people needed a symbol of the new Peru, and the country brand gave it to them.

Abroad, the Peru brand is very helpful for attracting tourism and investors. It signals that Peru is a peaceful and interesting country to visit and to invest in. The launch of some marketing campaign in the USA and in Europe with the new Peruvian logo, was the detonator of that.

Would you say that Peru’s country branding efforts in recent years have been beneficial for its population?

Yes. The country brand efforts have united the population after many years of despair and economic and social problems. Almost all the traditional symbols were a little tinted with those problems, so a new symbol was very welcome.

Moreover, it gave Peruvians a new sentiment of belonging, because in the last years of the 20th century almost 1/3 of the population migrated from the countryside to the cities, where they had to build new social relations not linked with their regions or ancestors. They were then citizens of a new context, living with neighbors coming from every corner of Peru. And as they began to have mixed families that cannot be identified as “Cusquenian”, “Southerners” or “Andinians” or from any specific region, to be Peruvian was a good compromise. The new Peru brand was very useful for that.

Which are the main trends in marketing at the moment, and how might those impact country branding practices?

At the moment there is a new kind of globalization with internet and other technologies that are threatening nationalism and even the essence of countries. Will the new digital tribes form new virtual nations? How will they react to the “made in” promise and other signs of belonging?

Now is the moment to pay closer attention to this new trend, because it will be necessary to change the approach of the country brand practices that we are using today.

Sharing a meal can be a powerful way to connect people. What role does Peru’s food culture and cuisine play in connecting the many nations and ethnicities that live together in Peru?

As the new Peruvian cuisine is a creation of the new Peru (the melting pot Peruvian cities became at the end of the 20th century, when people from rural areas migrated there), it became one of the symbols of the new Peru brand. Peruvians became proud of the quality of their cuisine and it contributes to enhance their sense of belonging to Peru.

In other words, the phenomenon of Peruvian cuisine is an important catalyst for the new Peruvian identity. On the other hand, the Peruvian cuisine receives the benefits of the new nationalism that Brand Peru nurtures.

Which countries, regions or cities elsewhere in the world inspire you in terms of how they have managed to create a strong identity and favorable reputation?

I admire the way that France and Spain have managed to become such attractive tourist destinations. Even if that is not new, attracting and pleasing 40 or 50 million tourists a year is a big success.

More recently I have been following the efforts made by Thailand, Croatia and Vietnam.

On the other hand, I think that India is making big efforts to attract foreign investors that may improve its capacity to grow.

China is still a mystery, but it is clear that its reputation and country image are changing very fast, from being just a cheap labour market to one that is very tech-savvy.

Which are the challenges and potential limitations of Brand Peru: what to watch out for?

I think that Peru’s brand image is still in its infancy. The first steps so far have been in the right direction and beneficial mostly for tourism, but they are evidently not enough for all that the country needs.

For instance, Peru must put more effort into its positioning as a mining and agricultural country. We are one of the main world producers of copper, silver and gold, and at least half of our territory has huge reserves of other minerals. We need to promote investment there.

It’s the same for the agro-industry. We already produce and are leading exporters of products such as avocado, asparagus and berries, and should promote this more.

That said, behind the communication efforts of country branding must be concrete support of the government to facilitate investments and exportation.

Looking ahead, how do you imagine Peru in 10 years from now?

I have now seen 20 years of growth in Peru – a period during which the population’s income almost doubled and the size of the middle class trippled. Most of this success is due to the population’s hard work. If the government continues to promote Peru’s country image – especially to facilitate investment – then I expect this trend to continue.

For more about his work, visit the website of ARELLANO, Consulting to grow.

Our interview with Dr Rolando Arellano is part of a special series for our Peru Country Report, in collaboration with PromPerú.

More interviews about Peru, its country brand and history here